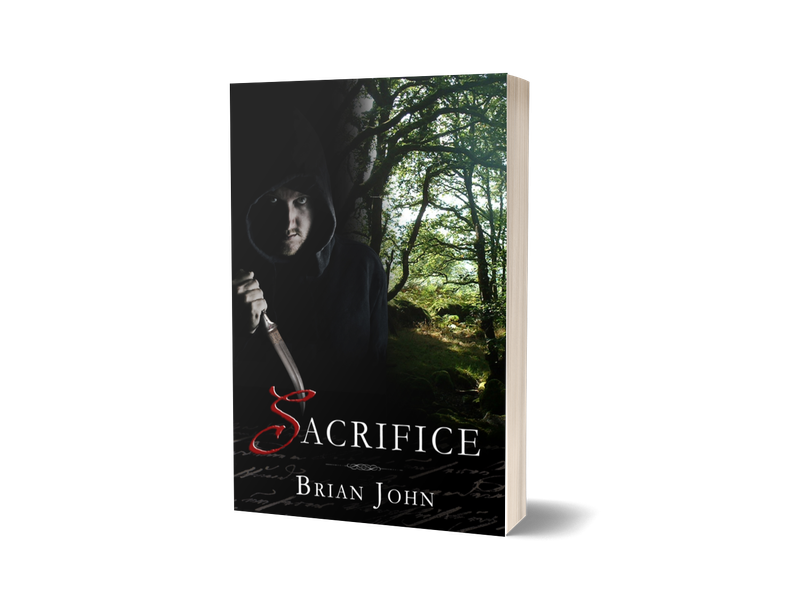 This novel, best described as a historical thriller, is the seventh book  in the Angel Mountain series which now has a cult following all over  the world. It is also the darkest tale in the series.

In the time sequence of the whole Saga, this story is set into the middle of the story recounted in Dark Angel -- in a gap of almost ten years during which Squire Owain Laugharne is missing presumed dead.

This narrative is set in Wales  in the years 1808-1810, and the heroine (as in the other stories) is  the passionate and very imperfect Martha Morgan. The story centres on  the activities of a deeply unpleasant secret society which has a hit list,  with Martha (a young widow with five children to look after) designated  as their prime target.

The story is a deeply disturbing one, which  explores themes including depravity, retribution, and of course  sacrifice. This is a very different world from that of Jane Austen's  southern England.....

Brian found this novel very difficult to write, since in some parts he had to make very careful judgments about where the boundary between pornography and acceptable graphic descriptions of violent events should be placed -- and also because there were parts which could have become sentimental and even crass without very strictly disciplined writing. Luckily, readers think that he judged things just about correctly -- and many have found this novel to be very moving indeed.