Brian John was born in Carmarthen in 1940 and was brought up in Haverfordwest in Pembrokeshire. He read Geography at Jesus College Oxford, spent too much time playing rugby,  but still completed his doctorate on the Ice Age in SW Wales in 1965. As a result of leading student expeditions to Iceland and Greenland, he developed a great love for the polar regions.  After working in the Antarctic for the British Antarctic Survey he was a Lecturer in the Geography Department of Durham University (with more trips to the Arctic) before leaving to concentrate on a career as a writer and publisher.
He has published hundreds of articles and more than 90 books, and among his publishers are Collins, Pan, Orbis, Aurum Press/HMSO, Longman, David and Charles, Wiley and Edward Arnold. His published output includes university texts, walking guides, coffee table glossies, and books of popular science. Many of his titles have been published by Greencroft Books, and have been of particular interest to readers in Wales -- for example tourist guides, books of local jokes, walkers' handbooks, and titles on local folklore and traditions.
His Angel Mountain Saga has received warm praise for its narrative skill, its strong sense of place, and its historical authenticity. The Saga, self-published and without any subsidies, has been a runaway success, and the heroine, Mistress Martha Morgan, now has a cult following of readers from all over the world.
Another recent book is "The Stonehenge Bluestones", which takes a controversial look at the various theories used to explain the transport of certain bluestones from West Wales to Stonehenge. His children’s book called “The Strange Affair of the Ethiopian Treasure Chest” won the Wishing Shelf Gold Award in 2012.
Currently the Angel Mountain books are being issued as popular audiobooks by Bolinda Audio. 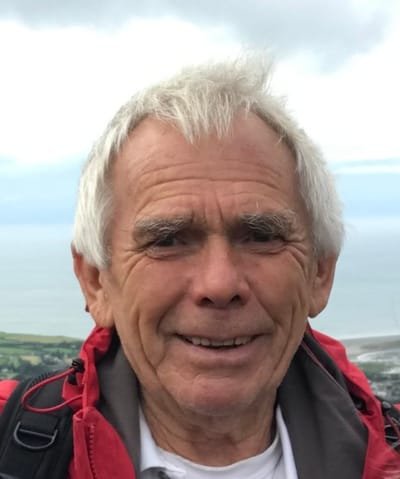